RPW started in the 1980’s specialising in engine reconditioning, and within this field Mitsubishi & Chrysler. Today whilst we still provide normal engine reconditioning and general servicing, performance work and installation of custom components has became our primary focus.

As our performance work increased, we like many firms, sent our vehicles out to other tuning firms to have Engine Management Systems fitted and tuned. We found this unsatisfying with many of them not tuned properly or having outright engine failures. This led us to devote ourselves to doing our tuning, and the our firm becoming a Haltech Dealer.

Time was spent going to training seminars with Haltech and other renowned tuners to learn as much as possible, along with many late nights of studying to get the ins and outs of tuning. The fitment of a Haltech ECU to our Twin Turbo Magna provided a stable platform to test with which was comprehensibly developed over the space of a year. Very minor changes could be cataloged and investigated to fully understand the intricate workings of how both the ECU system and the vehicle worked.

This vehicle has since completed numerous 11 sec passes at the Motorplex, done many events at Barbagallo Raceway and ultimately shown complete reliability. This expanded into all of our workshop vehicles including our Mitsubishi Lancer Evo 3 Track Car and Galant Drag Car.

During our tuning experiences, we were hiring the use of a local Dyna Pack Hub dyno. An opportunity came up to purchase this unit and we finally had our own in house dyno. Over the years we have been working on building a dedicated dyno room to further improve our ability to tune vehicles, with many custom hub adapters and fittings as the range of vehicles expanded. We now regularly see street cars alongside custom race vehicles, off road buggies, speedway and drag racing vehicles.

As our interest and experience in Haltech Tuning grew, we began to see a greater range of vehicles coming through, no longer just Mitsubishi vehicles. Ford, Holden, Toyota, Nissan all began appearing. This was the beginning of a change of direction for our business, instead of focusing on one particular brand vehicle, we began to focus on specific model vehicles based around what tuning packages we could source for them and what parts were available.

2008 was a momentous year with us becoming involved in OpenEcu and re-flashing of the Mitsubishi Evolution Lancer vehicles. Over the years we have proven our credentials many times over, with many of our tuned vehicles now competing at many different racing events.

We continued researching and added many new vehicles to the re flashing list, specifically vehicles like the Mitsubishi Ralliart Colt, Lancer 4G69, Pajero / Triton Models. This included our expanded range of development products like the Supercharger kits for the Mitsubishi Pajero / Triton / challenger 4wd V6 engines in conjunction with Bullet Superchargers to name but one of many new applications.

Between 2010 and 2013 we continued to expand the tuning services with the inclusion of Link, Vipec and EcuTek tuning solutions. Weber Carburetor tuning also became a popular service as experienced weber tuners retired. We also began development of our own range of plug and play ecu packages for the Mitsubishi range of vehicles.

Becoming the preferred tuner for Bullet Superchargers and Chiptorque Xede systems was another big step with the now large number of Toyota Landcruiser and Hilix vehicles being fitted and tuned with Supercharger Systems.

In 2014 we expanded into the tuning of European Vehicles with our joining the Tuning Dynamics Australian Network. We now regularly see high end vehicles like Porsche, Maserati and Alfa Romeo, to name a few, coming to us for remapping services, with many other repair shops sending us there ECU’s for rectification of Check Engine Code errors.

Diesel vehicles have become a large part of our tuning services, with there many DPF Related issues, and massive power gains from relatively straight forward bolt on modifications.

As of 2015 we have continued to refine and re-develop our business with our focus narrowing onto more performance related products and services, expanding into specific model vehicles of differing brand lines and expansion of our tuning services.

Whilst we will still build high performance engines, our focus is more inline with providing affordable bolt on performance packages that require only 1 – 2 days of work and provide great improvements in power, torque and fuel economy and complete vehicle wiring solutions for race vehicles, especially brand new race cars with no wiring fitted at all.

We have the skills, the staff, the professionalism and the commitment to offer nothing less than the very best in dyno tuning your vehicle and the fitment of the highest quality accessories and brands to complement that tuning.

As of June 30th 2016  RPW Service Centre was shut down and a new business owned by David Thomas was started up now exclusivly being marketed as Racing Performance Works. This is part of the overall plan as the business changes direction and focuses on more R&D Work, engine tuning and greater focus specialisation in forced induction packages for the Mitsubishi Four Wheel Drive market. 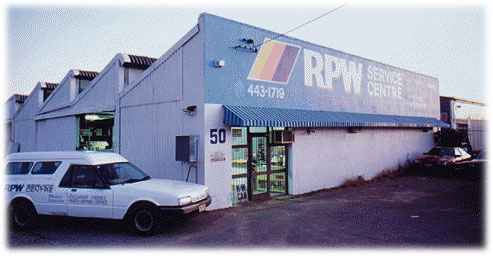